This is not really a Short Review. It is me complaining about the February 1974 issue of the Magazine of Fantasy and Science Fiction. Sorry.

Joanna Russ, writer of bad magic negress Lovecraft fanfiction, begins her column in this issue stating “In the 1950’s somebody defined urban renewal as “replacing Negroes with trees,” and I’m beginning to think that in the same way too many typical science fiction horror stories are not the universal dystopias they pretend to be, but rather the unhappy wails of privilege-coming-to-and-end(sic).” That one sentence was enough; I wasn’t going to bother reading six pages of her tripe, but now the commenters in the letters section of the January 1976 issue complaining about the Books column having turned into kvetching by literary critics and writers airing out their personal grudges rather than alerting readers to great new science fiction make a lot more sense. Thank god that the other two issues I have had Budrys writing the column.

I solidly expect this issue of F&SF to be completely terrible (I accidentally saw the ending of the novella; 60+ pages to set up a Jewish mother joke) and don’t even know if I want to waste my time on it. I’d rather write about fun and awesome SF&F than bitch about bad SF&F; it would at least be more useful to my readers.

Do any of the following names ring a bell or should I skip this issue entirely (except for Baird Searles column, of course)?
Michael Bishop
Barry Malzberg
Vonda McIntyre
Dennis Etchison
Joseph Green

So, rather than be angry and read something that I knew was going to amount to a novella length Jew joke, I started Leigh Brackett’s The Nemesis from Terra. It was immediately obvious that I had made the correct choice. Brackett plunges us straight into the action, wherein a man is pursued by Martian apes, kills a Martian mystic who predicts his ascendancy over Mars, is tossed in the slave mines to work for chain smoking Mercurian thugs, and meets a lady with “a strong, supple body whose curves even the coverall couldn’t hide and hair of a rich, warm mahogany color that made her skin look like cream” who he calls ‘baby’. Mmmmm… problematic sci-fi… 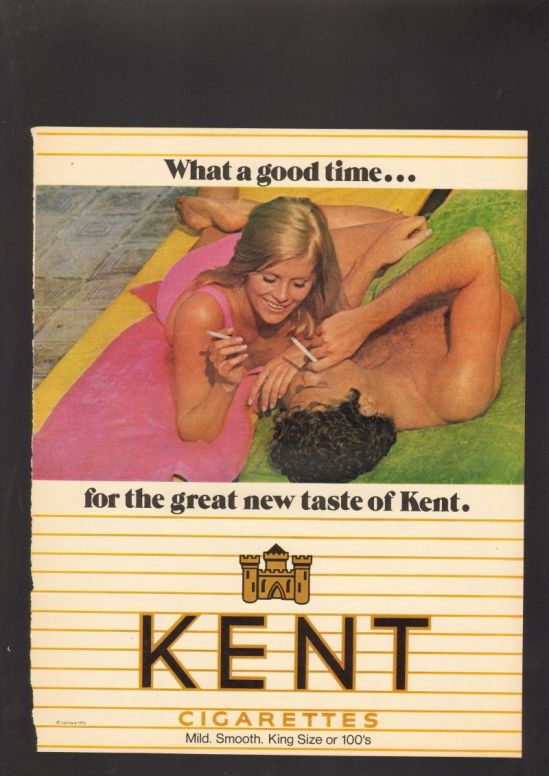 “Now that we’re king and queen of Mars, baby, I’m gonna light up a Kent!” Not even Martian fines make it through our famous Micronite filter!

My Boat was published in the January 1976 issue of Magazine of Fantasy and Science Fiction.  I know I haven’t finished all of the stuff from June 1977 yet, but this was fresh in my mind and I wanted it to follow my previous review of The Horse Lord.  I do plan on finishing reviews of June 1977 issue this week.

My Boat turns a fictionalized account of the Central High Integration* into a magical negro story with a bunch of Lovecraft titles and places name dropped to show some Lovecraft cred. The story is told in one of those annoying first person one-sided conversation perspectives, with the narrator recounting his tale in between pitches to his agent for a new series.

The narrator, in that “tell me I ain’t crazy!” voice recalls those days at Central High where he and a buddy (obsessed with HP Lovecraft, natch) befriended one of the young black girls who was part of the integration. The girl’s mother is an ultra conservative and restrictive christian while her father was killed in front of her by angry white men; shy and quiet, and seems always afraid, though she is an absolutely brilliant and natural actor, and *gasp* has extensive knowledge about the history of the east Mediterranean, including “correct” pronunciations! Despite her quirks the girl becomes close with the narrator and his nerdy friend.

One day, she invites them out to the lake to go on her boat which she has christened “My Boat”. What follows is a flight of fancy as the boat progressively becomes more fancy, as does the magic black girl, who turns into a resplendent princess. A lot of Lovecraftian locations get name-dropped (Celephais, Kadath, etc.), and they’re going to set sail and visit the Queen of Sheba (properly pronounced “Saba”, our magic black girl reminds us). Oh, we’re going to places wonderful and terrible just like out of the pulp rags your friend reads! Off to Atlantis! The narrator gets a sudden case of the scared-white-boys, hesitates for a moment when a “redneck” cop shows up and is all ‘whachudoin, boy?”, and turns around to find the boat is gone!

The narrator tells us how he is unable to convince the black girl’s mother that his friend didn’t abduct and rape her daughter, and is messed up about the whole thing. Twenty years later, he runs into his old friend again, who hasn’t aged a day. ‘Oh, I’m just on my way to my house, I have to pick up the Necronomicon before I get back.’ But it’s not the Necronomicon, but the Dream Quest of Unknown Kadath! Moogahboogahlovecraftwasright! And the friend disappears, and the house disappears and the neighborhood disappears and the freeway goes through where it all ways now, and was it real or not or is he crazy?

When I talk about terrible Lovecraft fan-wankery being the reason why I don’t read a lot of modern weird fiction and am wary of any writers who cite Lovecraft as an influence, this is the kind of story I’m talking about. If you actually like this kind of thing, you’d probably like this. Me? I hate it.

Lovecraft was immensely influenced by Lord Dunsany, particularly his dark quasi-arabian mythology established in Gods of Pegana. But I can guarandamntee you that we wouldn’t even be talking about Lovecraft today if he’d written The Doom that Came to Yun-Ilara, The Call of Trogool, or The Dream Quest of Unknown Aradec. Come up with your own damn dream worlds and stop name dropping Ulthar, Celephais, and Kadath. Or if you’re going to name drop Lovecraft stuff, be subtle about it. Use a sniper rifle, not a gatling gun. Best Lovecraft drop in a book ever? Foucault’s Pendulum has six hundred pages of historical, philosophical, and theological conspiracy theories being bandied about both in jest and in all seriousness, but when the Rosicrucian obsessed occultists, free masons, new agers and Thelemites kidnap one of the characters, right before the climactic bloodbath, someone shouts “Ia, Cthulhu!” Perfect cherry on top for a story about people who are obsessed with occultism and can no longer tell the difference between occult history and fiction.

Less is more, none is best, My Boat is full of leaks.

*The National Guard are not present, no state is mentioned, and it is 5 black students instead of 9, but as it does take place in the south in the 1950s, “Central High” and “Integration” are a dog-whistle to any Arkansan.