Cirsova Magazine of Thrilling Adventure and Daring Suspense is a semi-pro publication that, in 2019, paid .0125 per word for original fiction. In addition to its flagship magazine, Cirsova Publishing has released original fiction in Misha Burnett and Louise Sorensen’s Duel Visions and the 35th Anniversary Editions of Michael Tierney’s Wild Stars.

Cirsova has published 38 eligible works of fiction in 2019.

Covers for the Spring and Fall issues + Wild Stars Omnibus were done by Anton Oxenuk. 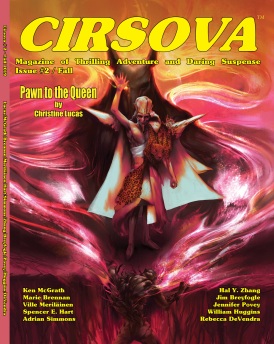 Cover for the Summer Special and art for our Illustrated Stark were by StarTwo. 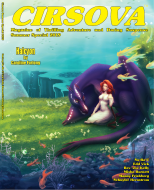 Covers for the 35th Anniversary Editions of Wild Stars were by Mark Wheatley.

We’ve been running a promotion on twitter, where for every 100 retweets, we’ll make a back issue of Cirsova free.

We’re making #5 free first, because it contains both The First American (Schuyler Hernstrom) and Beyond the Great Divide (S.H. Mansouri), which are finalists for the Planetary Awards and the Ursa Major Awards respectively.

So, download the issue, read those stories, and go vote!

“Beyond the Great Divide”, S.H. Mansouri’s Slagborn tale from our Eldritch Earth issue, is a finalist for the 2017 Ursa Major Awards in the Best Short Fiction category!

The Ursa Major Award is given out in numerous categories for (often SFF) works pertaining to Anthropomorphic non-human characters. In the case of Beyond the Great Divide, that would be our human-hating insectoid/land-crab-men, the Slagborn, who populate some of the more inhospitable regions of the Eldritch Earth.

All you need to do is register to be sent a voter token in your email.

Nominations for the Ursa Major Awards are open through February 15th.

The Ursas aim to be Anthro-fandom’s equivalent to Hugo Awards. It’s awarded in multiple categories for excellence in the arts where the subject pertains to anthropomorphic animals. Does this mean furry? Yes, it means furry, but it also means other things.

The Ursa Awards are nominated and voted for by fans. There is no membership to buy or dues to pay. You simply need to sign up on their website and submit your nominations.

“But Cirsova, you’re not a furry publication!” 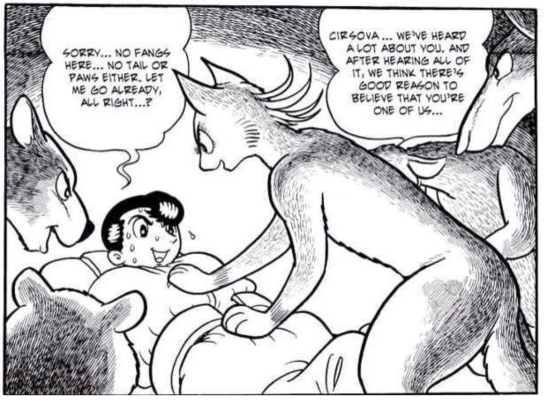 No, we’re not a “Furry” publication, so don’t nominate us in the magazine category. However, because we understand that anthropomorphic animals and beastmen are an important staple of action adventure and science fiction, we have become seen as (and are) a “furry-friendly” publication. We’ve published anthro stories in the past and have some slated for the future.

We do have two stories that are eligible in the Short Fiction category:

Note that there are other works in the PulpRev sphere that are also eligible. Off the top of my head, Julie Frost’s werewolf detective stories, Dominika Lein’s Reptilian Wanderer novella, and Yakov Merkin’s Galaxy Ascendant books would all be eligible. Also, as Brian K Lowe reminded me below, his book The Cosmic City is also eligible.