Please take a moment to read this Harlan Ellison story.

The art folio packs are sold out, but we’ve got a few sets of the 80s comics left. 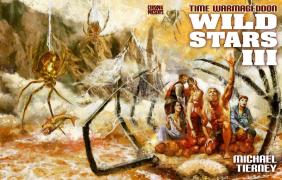 The other day, some folks were discussing 5e’s Appendix E (the PHB’s “new” Appendix N) and how most of the new additions were not very good. I pointed out that while App E is bad, it is nothing compared to the DMG’s Appendix D whose “Dungeon Master Inspiration” list is actually detrimental to DMs, particularly inexperienced ones trying to learn the game, because they will see all of those books on fiction writing and assume that a DM must be a fiction writer.

That’s right, guy I stole your spreadsheet you tweeted at me.

Someone tried to point out that books on writing fiction only make up 25% of the list, but that means that 25% of a list of books meant to provide inspiration for DMs are actively sabotaging their understanding of what makes for good D&D, because it implies that DMing is writing fantasy fiction and storytelling. It’s not.

The DM’s job is NOT to write their fantasy story and have their friends live it out for them around the table. The DM’s job is to create game content within reactive environments for their players to interact with. The story that happens in D&D is not the story that the DM tells, it’s the emergent story that comes from the players’ interaction with the content that the DM provides.

As both a fiction writer and a DM, I understand that the storytelling skills involved in writing and structuring fiction are not the same skills that bring a story to life at the table.  It’s apples and oranges, and trying to use the approach of one for the other can be detrimental.

Though it’s a different medium, an excellent example of emergent story is the history of Boatmurdered. Boatmurdered was a succession game of Dwarf Fortress, where each player played for an in-game year before passing off the save file to someone else. Each player chronicled the history of the fortress of Boatmurdered as it played out. What resulted was an absolutely legendary story of murder, madness and rampaging elephants.

Take a bit and read it.

You don’t get that sort of story from using the tools that a writer uses to write fiction; you get that from the game-content components and the emergent events surrounding them. It’s the way you get “truth stranger than fiction” from a purely fictional setting.

So what IS the approach DMs should take? What IS “inspirational reading” for DMs? Honestly, one question does not answer the other.

A DM needs to first gain a good grasp of the system and mechanics. Once that’s achieved, it becomes easier to pull in outside ideas and inspirations. The question is not “what weird thing do I want to put in my game?” but rather “how do I put a weird thing in my game?” A DM’s ideas must be translated into game content that players can interact with.

The answer to the second question is “anything, really”. Sure, Appendix N has great stuff and helps answer “what were the literary antecedents of the mechanics used in D&D”, but a DM can get inspiration from just about anything. And with a grasp of system and mechanics, it’s easy to drag and drop content to your game.

Need a reason for them to be somewhere?

A mad scientist somewhere in part of the dungeon built them because he was lonely.

Do you need to have a grasp of the finer points of fiction writing to include weird stuff in your D&D game?

Over the weekend, Michael Tierney and I talked with Scott over at Castalia House about the upcoming Wild Stars novella. Check it out here!

And if you haven’t already, get your pre-order for Wild Stars in today! It’s the last week on this kickstarter exclusive release! If you miss it, it’s gone.

Got my dad another Batdorf & Rodney album for Fathers Day to listen to while we play Fortress Europa. They didn’t actually know each other, but my dad went to highschool with Batdorf.

At Free RPG Day, I got to game with a buddy who runs the local RPG con–B/X is his jam, and I love him for it.

He runs his somewhat uniquely, and there are aspects I disagree with (using a d8 base for semi-non-variable damage rather than d6), but there are others which I’ve stolen to make my own game run smoother (rotating initiative by side).

But the most important way he runs his game is that it’s fair–he’s not going to kick you when you’re down, but when you’ve goofed you’re done. PC death can and will happen in his games.

He’d run off some fairly wacky pre-gens from a site that gave stats and equipment that were all over the place. I ran a thief with 17 STR, 18 Dex, 8 Int, 18 WIS 14 CON, and CHA 4. Crusty Jim! I’ve learned from my own players and realized that Thieves have the potential to be the most stupid overpowered class, especially at lower levels. I cut my way through several orcs, bugbears, and giant spiders with my trusty Zweihander. With an AC of 4 and the potential to do over 20 damage in a single hit, I was a force to be reckoned with!

It’s also nice to play Borderlands without the moral quandaries that modernist gaming culture has tried to impose on it. We were told up-front: there are no orc babies; greenskins are creatures of evil that are born from, created by, and composed of evil and chaos taken shape. The goal was to kill them, rescue humans, recover treasure, and work to make the Borderlands just a little bit safer.

It wasn’t run straight from the module, but rather thematic, adjusted for a one-off. The keep was there, but we were given the choice to look for caves, small ruins, or large ruins (all home-made content). So I’ve still never played Borderland proper, but it was still a lot of fun cleaving through gobbos.

We’ve unlocked a LOT of stretch goals, and I think we will hit more, so I wanted to highlight what it is we’re offering and what you’ll get for backing:

*:Free to US backers; due to international postage rates, non-US backers will need to increase their pledge by an additional $40 to receive these comics.

**: Backers may choose from either cover or pledge an additional $10 to receive both copies (no additional S&H)

***: Hardcovers may be shipped/fulfilled separately—this allows us to save on international shipping to make them more affordable to non-US backers. 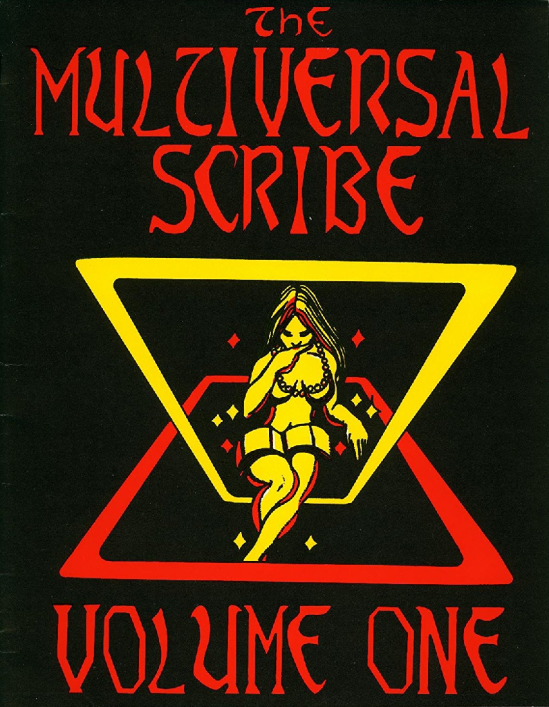 Over the weekend, we met the $2000 stretch goal for the Mark Wheatley variant cover.

Backers may choose between the variant cover and the regular cover when filling out the backer survey OR they may add $10 to their pledge (no additional S&H!) to get both versions.

I am… Exhausted! I’m pretty far behind on my game blogging stuff, but if I can get a minute, I might have a shot at covering one of the following several topics:

Issue 9 is almost in the can, and I just finished my 2nd round edits of issue 10. There is some great stuff in store for you guys in these upcoming issues. I hope you enjoy them, and I hope they net us enough funds to actually take submissions for 2019.

The main version of Wild Stars III: Time Warmageddon is more or less in the can. All that’s left for the Tim Lim softcover version is to add the backer names to the Thanks page.

We’ll have the proof for that in hand by next week, but it’s worth mentioning that we’ll probably be meeting the stretch goal for a variant cover very soon.

Also, this week Michael Reyes’ Clock’s Watch anthology is on sale in celebration of Mermaid Week at Coney Island.