So, like the one thing that no one is talking about with the Zoe Quinn thing is what this says to female game developers about how to get noticed.

There are a lot of shitty people involved in this whole thing, and just because some of those shitty people are gross sexists doesn’t make Zoe Quinn not a shitty person. Just because her ex-boyfriend (also shitty) is the sort of psycho who’d publicly air all of the dirty laundry about his failed relationship doesn’t make Zoe Quinn or the industry people she was sleeping with not shitty people.  Even KNOWING about it makes me feel like a shitty person.  The people hailing Zoe as some martyred saint are less shitty than the people sending threats, but they’re still shitty if they don’t point out what a terrible thing for women in gaming that has been uncovered by the whole disgusting thing.

Sexual quid pro quo in any industry is NOT A GOOD THING. The fact is, male gaming journalists may have given preferential treatment and coverage to a female developer because of sexual relationships with her or the prospect of sexual relationships with her. What does that say to female indie developers who are trying to make a name for themselves in a highly competitive industry that is, as we’re so often reminded, male dominated and male targeted? If you have sex with men they will like you and say nice things about you and your game.

Zoe Quinn is NOT the only woman in gaming, but if you’ve read any articles about her, you’d think that she was the most important woman in gaming until she was destroyed by a roving army of misogynists. Frankly, I had never heard of her until after dozens of blogs and gaming news sites had rushed to her defense (and their own, by proxy). I keep seeing all of these comparisons between Zoe & Anita Sarkeesian. The difference in my mind is that Anita Sarkeesian is only guilty of putting out a lazy product with work she took from other people while being hella slow to release content that her investors paid for ages ago (though in fairness, no one ever to my knowledge threatened to rape James Maliziziziziwhatever when Dwimmermount tanked).  To my knowledge, she’s not been actively involved in dangerous or corrupt behavior to the detriment of other women in the industry.  What disturbs me most about Zoe’s alleged actions is the game jam that she was raising funds for, along with the help of several sites and individuals she had relationships with, professional or otherwise, directing traffic that way, that looks as though was never going to happen in the first place.

I’d say that my hope is that someday gaming journalism will not be so corrupt that reviews and content plugs are based on who is sleeping with who, but I know that will never happen. Especially considering the number of non-gaming journalists who are LITERALLY in bed with staffers, bureaucrats, chairs, politicians, etc. and the revolving door for politicos who land cushy jobs as correspondents at news networks and vice-versa.

Lastly, I’d like to throw in this comment from cephalopodlovesong out there, because it’s so spot on

one of the huge problems this “culture” has is taking the experiences of one person and expanding them to the entire gender.

“Zoe Quinn cheated on her boyfriend, but claims she’s a feminist/sjw. ALL WOMEN WHO IDENTIFY AS FEMINISTS/SJWS ARE TERRIBLE PEOPLE. OMG LOOK AT THIS.”

“Anita Sarkeesian is not as well educated on games as she could be and makes some sweeping generalizations under the guise of ‘research’. ALL WOMEN ARE DUMB CUNTS WHO WANT TO RUIN OUR GAMES.”

if people were able to say “wow, this is a sort of shitty thing that this one person did. I’m personally not going to support that person anymore, but realize that one person’s behaviors are not the behaviors of an entire group of people.” I feel like this wouldn’t be as bad. however, all the fucking doxxing to get people’s information is RIDICULOUS.

Siiiii rocks and I was honored to have been able to release one of their tracks on my label.

And apparently they’re finally going to release Modern.  I’ve been waiting 7 years for them to finish that album!

Now I know how to pronounce MYFAROG. 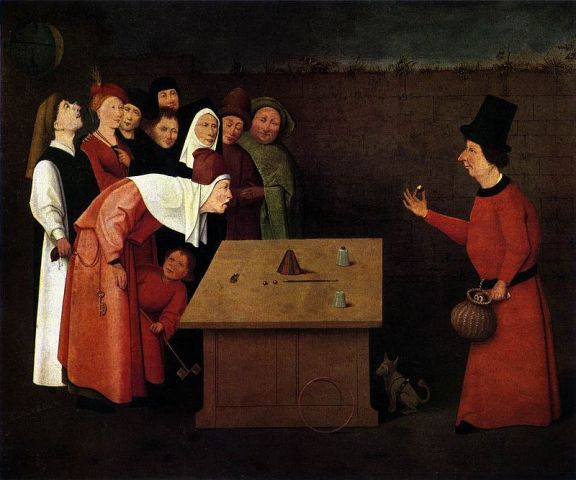 is that once I release the hyperlinked version of City at the Top of the World, I can refer to myself as a video game developer.

There was a respite in the action in our last session. A lot of story-related stuff needed to be handled as did some in town resource management.

The cleric fired off a letter to Lord Richmond, which would be taken by one of the refugees from Stull, informing him of the situation. Ironically, the party may overtake this letter.

With little to do in Stull but pick up the pieces, the party decided to return to Alfort and figure out what to do with the Elfstones. In regards to their ill-fated agreement with the saw-mill, Mayor Barclay handed them a letter to be taken to the Laquin home office in Portsdam explaining the terms he had agreed upon. The agreement will almost certainly be rejected by the home office, especially since the deal was for the party to save the mill, which will now have to be rebuilt at great expense.

After hearing a rumor from goblin scouts of brewing war among the northern tribes, the party took a couple barges and floated down the river back to Alfort. After two days, they arrived to find the heads of 9 goblins and 5 orcs posted on spears along the shores of the isle.

Back in town, the Cleric got a note from Richmond’s solicitor, who has arrived in Alfort. The solicitor offered the new information he had regarding elven ruins in the region, including a very large city which was once along the road between Alfort and Portsdam. The party was originally reluctant to hand over the elfstones, as they did not know their purpose. Upon finding the value of the stones, the party nearly crapped themselves, but rather than handing them over, they elected to deliver them to Lord Richmond in person.

This is an interesting twist; I was wondering if and when they’d consider why they were turning in items in Alfort if the only route to Portsdam was overland through territory that was becoming less safe. Of course nothing is being delivered to the Imperial University and forgeries are being used to manipulate the party in to believing the correspondence between the museum curators and nobility.

The party has set out to hand deliver a pair of artifacts they’ve been told are worth 100,000 gold. The evil thief and the monk have both signed up to be agents of Lord Richmond. Soon, they’ll find themselves caught in the middle of a goblin war and delving an ancient elven labyrinth filled with animals made twisted and gigantic by cruel elvish magic.

Where will the story go?

Things have settled down in Stull for the moment, but there is still plenty to be done and adventure to be had.  The heroes might stick around for a bit, help pick up the pieces of the damaged town, scribe some scrolls, or brew some potions.  The elf has a new spellbook.  But the longer they stick around, the more likely they are to discover the true nature of the elfstones.

Up north, a goblin war is brewing.  One tribe has failed to dislodge the inhabitants of the old Fortress, and the winners are going to press their advantage.  The news of trouble in the colony has spread like wildfire among the tribes; it sounds as though whatever disaster is impending, it could very well drive the imperials from Alfheim (if it doesn’t bring a legion from across the sea to investigate!) which would leave it to the greenskins to fight for supremacy.

Richmond’s solicitor awaits in Alfort with paychecks for the lord’s employees.  News that the saw mill has been badly damaged will surely put a crimp into plans for building the harbor and shipyard in the delta.  But Richmond eagerly awaits the elfstones, which may further his ultimate goals.  Should anything happen to the stones from Stull, he has other options to the west and north.  If the party can’t be trusted to deliver, he may need to hire some new hands.

Gernauch is still under the shadow of the Loess, but neither the party nor Caelden seem to have shown any interest in the sleepy hamlet.

Revelations that not one but two elven cities once stood along the road between Alfort and Portsdam should spark the party’s interest.

Tonight, the heroes will:
-Finish Up in Stull
-Maybe fight the goblins who’ve established a stronghold on the island fort.
-Probably go back to Alfort for their payday and maybe
–Hear about the orc tribe that is harassing caravans
–Hear about the giant ruined elf city of Malek.

If they visit Essel, he’ll reveal the locations of several of the ruined elven cities in the regions, as well as some information about them.

I’m not sure what direction the party will take, but I’ve tried to cover my bases and be prepared for anything!

“Look we knew this artist drew gross and sexist stuff with half-naked women when we hired him to do this cover, so really you should be thankful that Spider-woman is wearing any clothes at all!”