So, the Countdown to Detective Comics 1000 story was awful and I’m kind of surprised by Tomasi, who’s done some really good stuff that I’ve enjoyed.

I think he went in too hard and at a bad time.

Killing off Leslie Thompkins threw out a flag that let you know they were either headed for a reboot (highly unlikely) or it was all going to be a dream or simulation. He could’ve gotten away with killing off Ducard, but Thompkins? No way in hell.

One of the biggest problems in a lot of the Bat-books I’ve been seeing lately is that Batman’s a loser: he can’t save anyone, he’s never in control, he’s a loser. It’s like he’s been turned into the complete opposite of the Always-Prepared-For-Every-Contingency Bat-god of Morrison’s day. The Capable-Crime-Fighter-Who-Saves-The-Day is too much to ask for.

So, yes, it’s all a dream–a sim, to be precise–that Batman puts himself through to toughen himself up. I figured it would be something like that, but the lead-up to it was a hell of morass and Bat-failure. I get what Tomasi was going for with the whole “Batman needs to remind himself that Gotham needs him and that the cost is worth it” deal, but Peterson JUST did that with Batman: Kings of Fear, and he did it a zillion times better.

At this point, I’m actually getting sick of Batman mythology stories. All of the “Hi, I’m Batman. Have I mentioned that my parents are dead?” OG Batman was over it. I kind of wish Batman would get back to solving murder mysteries at haunted castles again.

In the meantime, however, I’m thrilled that Catwoman seems to be morphing into an Occult Horror title, even if Joelle Jones isn’t doing art for her own comic anymore, and Terrifics have not let up since that early lull of issues 2 through 4.

Michael Tierney will be available to sign copies, shake hands, and talk about the new Tarzan story that’s featured in our Spring issue.

Shane Stacks will be live on location broadcasting the Shane Plays show for 101.1 FM The Answer.

I’ll also be there to talk to anyone about the magazine and any other projects Cirsova Publishing has, but Michael’s the star of the show.

Quantities are limited: Michael’s stores have ~60 softcovers and ~16 hardcover of our new issue in stock (though many have already been spoken for and have been placed in the pull boxes, and this stock is spread across two stores), so be sure to get to the Little Rock store early if you want one signed! 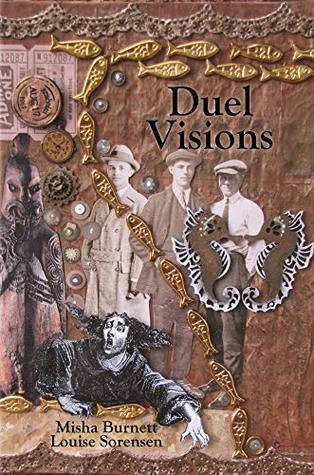 This anthology gathers a mix of published and unpublished stories by Burnett and Sorensen, spanning the genres from overt horror to the almost meditative.

With all of the excitement about the new Tarzan story in our upcoming issue, it might seem easy to overlook some of the other cool stuff we’ve got coming out next month.

Well, it would be a mistake to do so, for sure!

One of the other stories our spring issue will be featuring is by D.M. Ritzlin of DMR Books. Dave publishes some of the best Sword & Sorcery out there today, and we’re thrilled to have one of his stories, Born to Storm the Citadel of Mettathok,  in our upcoming issue.

Critical Blast talked with Michael over the weekend about the upcoming Tarzan story and the state of the comics retail industry.

From throwing my back out at the end of december through the mad dash of making sure that Duel Visions, the Spring Cirsova, and the Illustrated Stark were all ready to go, I somehow missed the announcement for the Planetary Awards!

If you’re a book blogger of any sort, you can nominate something!

Update: Awww, heck, looks like I was a day too late to remind everybody.

There are only a few hours left to nominate stories for the 2018 Planetary Awards, so it’s time for me to get my short story nomination in.  I have a potentially career-changing event happening tomorrow, which is good, but it means I don’t have much time to devote to tonight’s post.

I originally wanted to post my thoughts on a dozen or more short stories, but I’m going to grab my top three based on a quick gut feel and just mention those.  I considered stories from Heroic Fantasy Quarterly, Broadswords and Blasters, and Storyhack.

I got too far behind on my Cirsova reading to consider any of their stories for this year’s award.  I’m going to make it my belated new year’s resolution to catch up.  For those of you who’ve been following Cirsova, they’re moving away from the kickstarter model and offering new issues for pre-order on…

Every time I see people signaling on twitter about stuff like the recent YA “controversy”, I get this song stuck in my head.

Also, be sure to check out this interview Misha and Louise did with Scott Cole at Castalia House.

Paperbacks Available for pre-order on Amazon for $9.99.

This new issue of Cirsova not only showcases Young Tarzan and the Mysterious She, an all new Tarzan story by Edgar Rice Burroughs, completed by Michael Tierney, it features eleven other exciting tales of fantasy, romance, and science fiction, including the return of Harold R. Thompson’s adventuring scholar Anchor Brown in Seeds of the Dreaming Tree, and the ongoing exploits of Jim Breyfogle’s roguish duo, Kat and Mangos, in The Valley of Terzol.

Hardcover copies WILL be made available on March 15th through Lulu, however certain limitations prevent us from making them available for pre-order. We’ll send out a reminder + a Lulu coupon code (fingers crossed!) when the time comes! Sign up for our mailing list to receive your discount code!